In the wake of Eastern moaning about Mr. Acciari’s dive in last night’s contest I have been waiting in vain for Boston hockey fans to decry the thuggery of their young, squat, dervish defenseman who would be doing 5 to 7 in a state prison had he done on the street what he did to Robert Thomas in Game 1 of the Stanley Cup Finals.

He very easily could have killed him. It was the kind of hit that, were Mr. Krug to possess a conscience, he would bolt upright from his sleep in a sweaty panic about what he might have done one night at TD Garden. In that moment Krug went lizard brain and showed depraved indifference towards the welfare of others. What was not missed when he gave himself license to express his apparent blind fury was that he somehow found the smallest man on the other team to deliver his atomic shiver. Thomas has not appeared since.

Being of a more cultured sort, and not believing in karma, should the St. Louis Blues Hockey Club capture the coveted Cup I will not while away my hours worrying about the fate of number 47 in black. However, should this character ever pull on the sweater with the Blue Note, I will write to the president of hockey operations to implore him or her to secure the services of 24-hour access to mental health experts and barbers with the idea of keeping the man’s errant emotions and hirsute chintzy appearance in check.

Torey Krug is a good hockey player. He is also a punk. 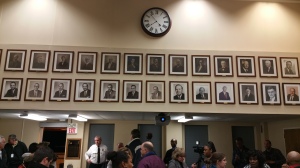 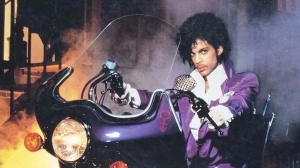